July 1985 at the Montreux Jazz Festival (Switzerland).   I first met the man who to these days remain not only  my friend, but
also a great Blues, Funk, and Soul Guitar Singer. He was so humble and so kind that in 1995
in  a interview for a Wisconsin's newspaper  he said "Open up man. We don't need a ghetto"
This is  the U.S.A. Forget about it . There is enough space for everybody.
To tell you  how humble he was although he was named entertainer of the year in 1994, and 1995 at the W.C, Handy Blues
Awards held by the non-profit Blues Foundation.  He still wanted to do better and he cared about his public, who were the reason
of his success.

He became the first musician, who I sponsored through Peavey equipment  and  he came in person to Geneva all the way  from Paris, to pick up his amplifier. He could have asked me,  to send it to him but wanted to do it
himself instead of imposing on me.

In 1987 he invited me to his Paris apartment  to celebrate Christmas day with his band and his friends. His music

was part of his family  with his wife Rocky, his band, and his close friends. Over the years, I had many opportunities to work with him, and also to see Luther on stage at the Famous Montreux Jazz Festival (Switzerland), and also in Zurich, Basel, Germany and many other cities in Europe where he was loved,  not only for his music, but also for his great personality as a human being and a great musician.
Through I got out of the music business in 1990 due to changes in my life, and to work with electronics as an "on site" System Technician".   I remained in contact with Luther Allison and saw him  for the last time  in Zurich, Switzerland in 1991. I  then left Switzerland for Miami Florida, to begin a new life.

One night in 1996, I met a woman at the Taurus (Gloria Pierce) who told me that she was going to a Blues Festival in Chicago.  When she came back, she told me that she not only had seen big stars,  but also met  a  fantastic Guitar singer, who was also a wonderful person. When she told me his name I couldn't believe it. YES it was
LUTHER ALLISON.

I couldn't  imagine  that after 6 years, Luther Allison had finally left Europe to come back
to his country. He was more successful then ever in the United States.  She showed me pictures taken with him, and told me stories about how he was and  that he was coming to Ft.Lauderdale Florida, at the South River Blues Festival in November 1996. I couldn't wait to see my friend again and did not know that it  would be the very last time I would see him.
He died July 1997 in Madison Wisconsin,  from  lung cancer, and brain tumors.

His wife Rocky wrote me a letter telling me the sad news about what happened, and I was devastated.
She wrote in her letter the following.

"Dear Alain. Keep Luther in your heart when you are Cat Jogging, He'd like that!

Cat Jogging was a print  on a T-shirt of  two Cats making love that
I was wearing the first time I met Luther Allison, and Rocky  at the Montreux Jazz Festival.

I MISS AND LOVE YOU LUTHER AND YOU'LL ALWAYS BE PRESENT IN MY HEART, MY MIND AND SPIRIT FOREVER!. 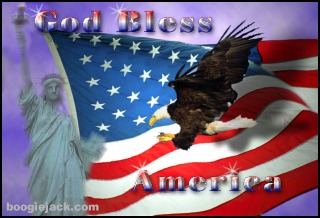